Mark's Tickets is the best place to find tickets for New York Mets fans. Just check this page for any new events or schedule updates throughout the year. We sell tickets to every New York Mets game around the world. We know how passionate New York Mets fans can be about baseball, so we make sure to have hundreds of tickets for every game available right up until it starts.

For those looking for cheap NY Mets tickets, we offer tickets starting at very low prices (many times below face value). We offer tickets in most sections of every venue that you can see New York Mets. Simply choose the city or venue that you are interested in below, and you will be able to see all of the available seats. Do not forget that Marks Tickets also specializes in sold out New York Mets tickets. No longer will sold out games prevent you from seeing New York Mets.

The New York Mets are a professional baseball team that plays in the MLB. The Mets play their home games at Citi Field in New York City (Queens), New York. With 162 games per year, and 81 being home games, The New York Mets are a professional baseball team based in the borough of Queens in New York City. They play in Major League Baseball's National League East Division. One of baseball's first expansion teams, the Mets were founded in 1962 to replace New York's departed National League teams, the Brooklyn Dodgers and New York Giants. The Mets' colors are composed of the Dodgers' blue and Giants' orange. During the 1962 and 1963 seasons, the Mets played their home games at the Polo Grounds. From 1964 to 2008, the Mets' home ballpark was Shea Stadium. In 2009, they moved into a new ballpark, Citi Field.

In their 1962 inaugural season, the Mets posted a record of 40–120, the worst regular season record since Major League Baseball went to a 162-game schedule (two games were canceled). The team never finished better than second to last until the 1969 "Miracle Mets" beat the Baltimore Orioles in the 1969 World Series in what is considered one of the biggest upsets in World Series history. Since then, they have played in three additional World Series, including a dramatic run in 1973 that ended in a Game Seven loss to the Oakland Athletics, a second championship in 1986 over the Boston Red Sox, and a Subway Series loss against their cross-town rivals the New York Yankees in the 2000 World Series.

The Mets have made one playoff appearance since then, when in 2006 they came within one game of the World Series, losing to the eventual champion St. Louis Cardinals in the 2006 National League Championship Series. The Mets missed the playoffs with losses on the last day of the regular season in 2007 and 2008 and have finished with losing records every year since. In 2010, the Mets hired a new general manager, Sandy Alderson, and a new manager, Terry Collins. 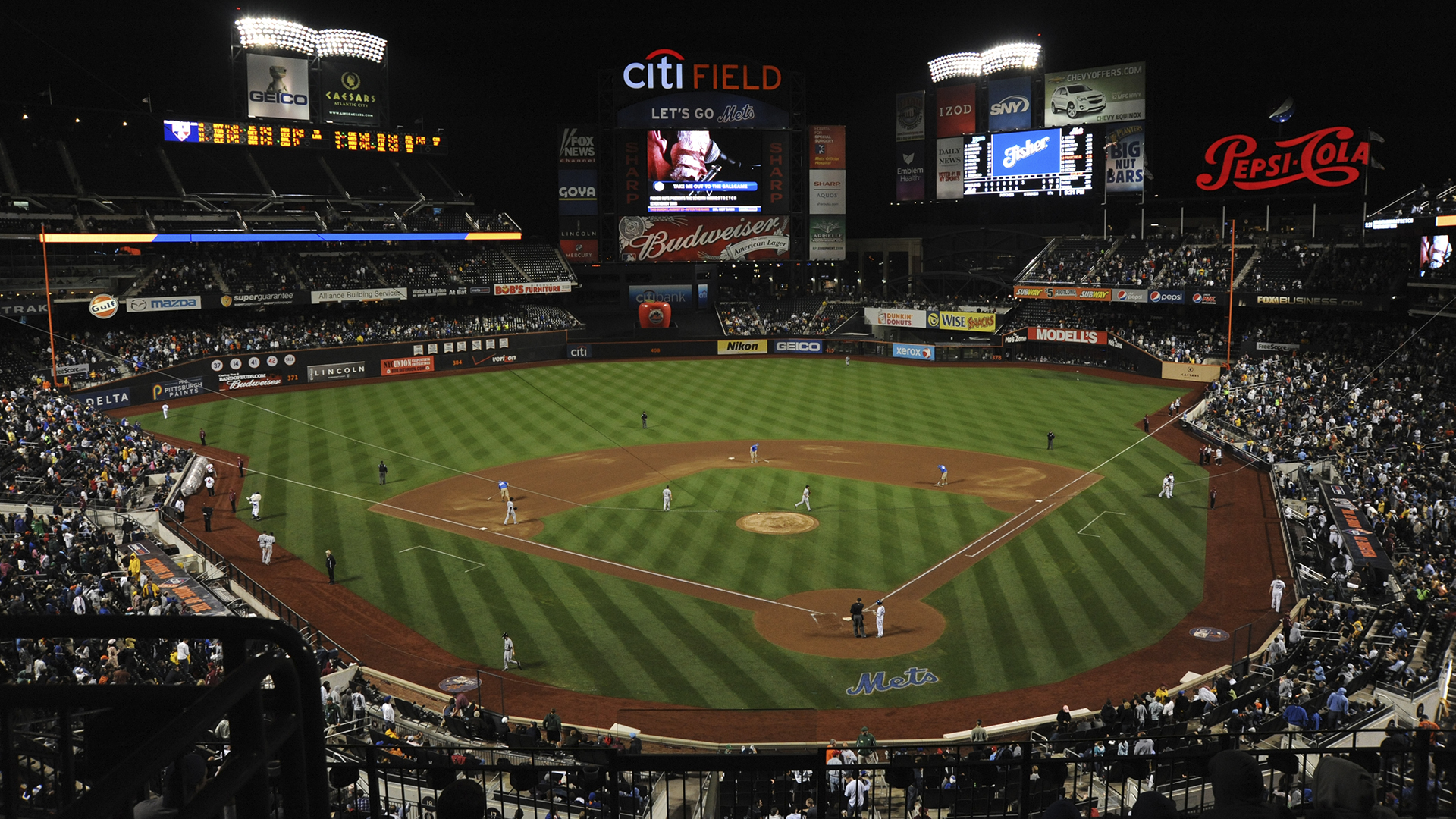 Citi Field opened in 2009 with some mediocre reviews as the fans felt their was too much dodger/giant homage and less about their NY Mets history. In addition, the park played more like ebbots field then Shea stadium, and suddenly power hitters like David Wright had a real tough time putting up the offensive numbers they were used to in their old park. A year after opening they brought in some of their fences, and a year after that, they brought in some more of them. Now with the adjustments of fences, adding Mets posters and culture around the park, along with some of the best food NYC has to offer, make Citi Field one of the the top 5 parks in MLB!

Here is a signature shot from in from of Citi Field with the old Home Run Apple to the right. 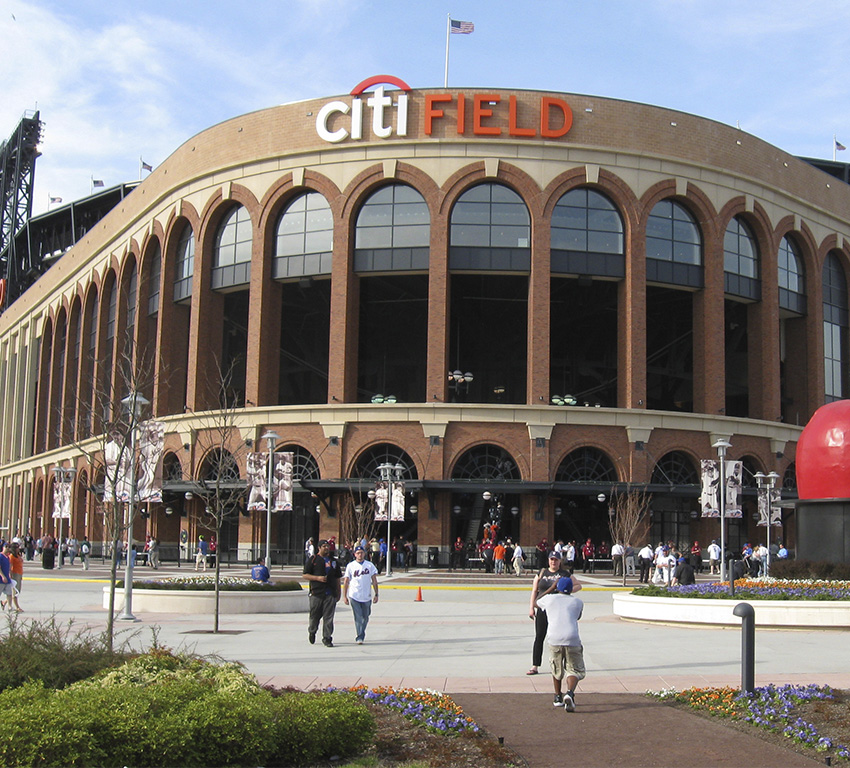 Mr. Met is the iconic New York Mets Mascot.  He and Mrs. Met are at every home game.  They both will meet together on the 3rd base side of the Lower Level for the 7th inning stretch, then go down towards the field to sign take me out to the ball game.  Its a great time before or after to get some good pics with the kiddies.

I am a huge Mets fan, so for my fellow Mets fan I have created a special promo code to save on all your Mets tickets.  Enter promo code: METS86 to save during checkout.

Marks Tickets is an independently owned and operated, licensed ticket broker that specializes in obtaining premium and sold out tickets to events nationwide. Ticket prices are dependent upon the current market price, which sometimes is above the face value printed on the tickets. We are not affiliated with Ticketmaster or any venues, teams or performers.